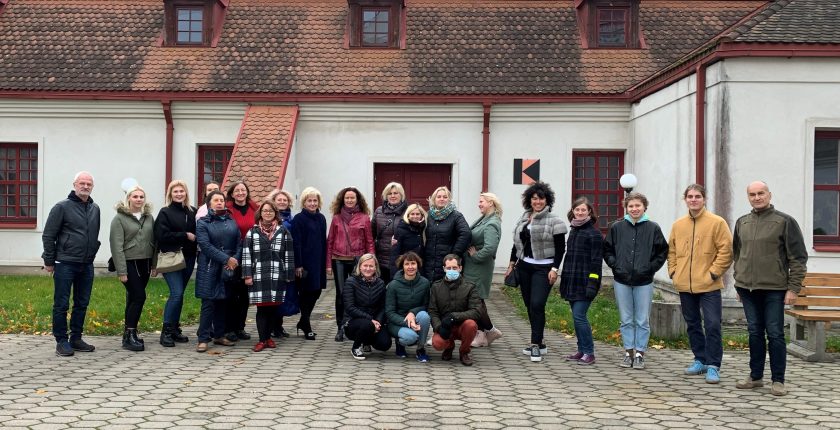 An external meeting of Kolping University of Applied Sciences (KUAS) was held on 23-24 October 2020, which was also attended by Kolping Primary School and Kolping Kindergarten. During the meeting, the annual plan for the celebration of the 25th anniversary of KUAS was developed, and the strategic plan for the KUAS was discussed.

In the second part of the day, team building sessions with theatre director Arvydas Lebeliūnas and training given by Juozas Stočkus on “How to recognize harmful e-mails?” took place, then there was a tour through the cellars of Troškūnai Church, a lecture-discussion on Christian social teaching led by the rector of Troškūnai Saulius Filipavičius, and general questions related to all Kolping educational projects.

There has been much discussion about the upcoming 25th anniversary of KUAS and its celebration. Plans were made for possible initiatives and events for students, Kolping community and the general public. There was also a talk about the KUAS strategic plan for the coming year.